On April Fool’s Day, a year ago today, I embarked on the Script Frenzy challenge, an offshoot of National Novel Writing Month, otherwise known as NaNoWriMo. I succeeded in turning out the requisite 100 pages during the month of April, then began turning the story into a novel I hoped would be finished and on the market by now. 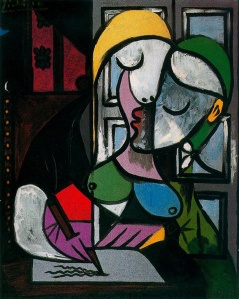 No such luck, although strictly speaking, I’ve got to ‘fess up: luck has nothing to do with it. The past year has been wonderful in many respects. I crawled back up out of the black hole of depression I’d been trapped in for far too long, savored time with my husband and family, rediscovered the joys of gardening and downhill skiing, even adopted a dog. I’ve got an enormous amount to be grateful for, and maybe that should be enough. But I’m beating myself up over indulging in present-time pleasures instead of slaving away at my novel.

I’m hereby making a solemn vow: I will finish my novel this month! I’ve got some excellent incentives. In late May, I’ll be attending the fiftieth reunion of my Harvard-Radcliffe class, a golden networking opportunity I plan to take full advantage of. Then in September, Bouchercon, the world’s biggest and best mystery writers’ conference, will take place in Albany, just 20 minutes from my house. Talk about networking! I want to have all my books up on Kindle as well as in print in plenty of time to concentrate on schmoozing.*

I registered for Bouchercon this morning, and the online form included a section where I could express my interest in presenting. The form is simple, with three sections where I could describe my qualifications in 50 words or less. Lots of my favorite authors are already listed as attendees, with links to their websites, and I’m looking forward to seeing my own link up there one of these days. I’ve already connected with some members of the mystery site Dorothy L, who are planning a Friday night dinner, and they’ll probably take me up on my recommendation of the Pump Station.

A couple of New Jersey conferences are on my list of possibilities as well: Deadly Ink and the International Women Writers Guild. Both sound promising, but they may be beyond my budget, especially since I need to save up for a few concerts. I promised to take my granddaughter to Les Miserables when the road show hits Schenectady, and I’ve already got my ticket for Country Fest on July 13 – Darius Rucker and Sheryl Crow are headlining.

Right after I paid my $175 Bouchercon registration online, I wandered over to the Live Nation web site and scored a lawn ticket for Tom Petty & The Heartbreakers at the Saratoga Performing Arts Center. I was actually looking for Rascal Flatts tickets, but they don’t go on sale till Friday. It’s a good thing I’m not in full manic mode – maybe a bit hypomanic, but I’ve still got a modicum of control over my online shopping. 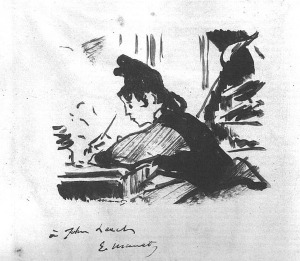 Anyway, back to NaNoWriMo and Script Frenzy: they’re not doing Script Frenzy this month, but they’ve launched a new venture called Camp NaNoWriMo. Unlike the original November NaNo, where you have to churn out 50,000 words, they let you set your own word count goal. I picked 30,000 – a thousand words a day should be doable, and if I keep up the pace, I may actually finish the vampire soap opera novel I’ve been blogging about so much. My user name for Camp is soapvamp.In this new challenge, you can sign up to be in virtual cabins with writers of your choice, organized by genre or other factors, and if you want to be cliquish, you can even sign up with your friends.

Writing should be easier this month because Michael Easton is away from General Hospital for the time being, while they indulge in their 50th Anniversary celebrations. But that’s a topic for another day. Meanwhile I’m going public with this goal in hopes my readers will encourage me to keep on track, so please leave comments, and subscribe if you haven’t yet done so.

Happy April Fool’s Day, and here’s hoping April isn’t the cruelest month for any of you. Talk to you soon!

*The weird formatting above, with some sections in a larger font, is something WordPress is doing that I can’t get rid of. I may tinker with it later. I used to love WordPress, but every time I try posting something new, it gets worse in many respects. Is it just that they want me to pay for an upgraded version? Anyone else having problems?  I’ll add some links later, but I can’t cope with the program another second without freaking out!

I received this letter from a gentleman in North Carolina last week:

I have been reading some of your books, your experience at the Woodstock Music and Art Fair and wondered if I could send you something to ” sign ” for me ? This would be greatly appreciated .

Can you e-mail me an address to send it to you ?  I will enclose a self-addressed stamped envelope. Thanks !

This is the first time I’ve received a “fan letter” like this. My first reaction was excitement and pleasure at the notion that I’m actually building a reputation to the extent that someone would make such a request. Then came the questions: What is he going to send? Will it contain anthrax or unmentionable secretions, or maybe explode when I open it? Do I want some stranger knowing where I live?

I relayed the request to my husband, whose frown instantly told me he shared my concerns and then some. Our immediate conclusion: time to open a post office box. I decided on another town in Rensselaer County. He thinks that’s too close, and that I should use an Albany address, but I don’t want to drive across the river every time I feel like checking my mail, so I’ll probably use my town of choice.

Normally at this point I’d veer off into some musings about the nature of celebrity, online identity and so forth, but I’m not up for it at the moment. Since October 18th, I’ve been plagued by something I first thought was the flu, then just a bad cold, but now it’s segued into bronchitis. I’m finally on some antibiotics I hope will wipe it out. In the meantime, I’ve been trying to carry on business as usual. Some highlights:

Speaking of Poe, now I’m off to an evening at a local bar, the Fuze Box, with some local poets, titled “An All Hollow’s Eve Reckoning: A Tribute to Edgar Allan Poe.” There’ll be an open mic component, but I think I’ll sit this one out – my nagging cough will keep me out of commission, and I’ll need to save what voice I have for tomorrow’s panel at the museum.

On Monday I’ll be back with news of my upcoming Blog Book Tour, scheduled for November 9 through November 20. P.S. to Phil in North Carolina: I’ll have that P.O. Box address for you by early next week. I hope this is only the first of many such communications from my fans!